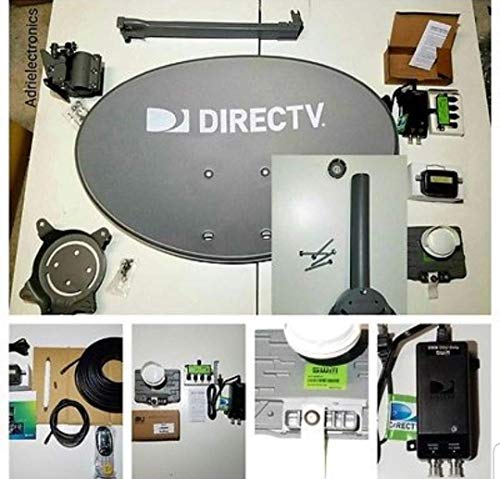 COME : 1 FULL KAKU DISH LAST TEST AT&T 1 LNB 1 PORT SWM 3 1 POWER 21 V INSERT 1 SPLITTER WAY 1 JUMP WIRE 1 RELL OF WIRE 50 FT 1 HD 6 FT WIRE 1 FLAT WIRE 12 INCH 1 SIGNAL FINDER 1 BOOK FOR INSTRUCTION 1 LOW PROFILE MAST 12′ 1 BUBBLE 1 YELLOW 16 INCH LEVEL 1 REMOTE CONTROL 1 RF CONNECTOR 4 SCREWS FOR THE MAST NOTE : WE HAVE LARGE KNOWLEDGE IN DIRECTV INSTALLATION ALSO WE ARE ( NOT ) A THIRD PARTY SELLER WE TEST ALL PART TO MAKE SURE THAT THE KAKU DISH WORK IN EXCELLENT CONDITION . NOTE YOU CAN INSTALL IN FLAT AREAS ONLY ( DO NOT INSTALL IN WALL ) NOTE : IF YOU NEED IT FOR CAMPING OR TRAVELING WE RECOMMEND TO SET UP AT HOME FIRST . WE GIVE GUARANTEE FOR ( 2 YEARS )

The EQS755 is 1/2-Din Chassis Graphic EQ w/ Built-In Low-Pass Filter. Equipped with a full-featured 7-band graphic equalizer, you will enjoy superior control over the audio spectrum with frequency adjustments in the 50 Hz to 16 kHz range over seven bands. This gives you the power to get the most of your sound system, and the ability to contour the sound output to your musical taste.

When space is limited, but your passion for great sound and power is not, the Pulse amplifiers are just what the doctor ordered. Available in mono block, two channel and four channel configurations the new Pulse series delivers serious power without taking up precious cargo space. Just another example how Planet Audio has their finger on the Pulse of the mobile electronics industry.

Enjoy ultimate control at your fingertips. The EQ7000PXi Equalizer does more than just alter your music to your preference. It gives you 7 bands of equalization, plus subwoofer crossover and level controls. There is also an extra, front-facing audio input for an iPod, MP3 player, or other secondary source. You can control all this from the Equalizer with adjustable knobs. A few clicks and turns of the knobs and you can tailor all the EQ settings and level controls. Imagine the innovation involved in this one little half din unit. Extend your functionality.

Camco RV T Level can be mounted with screws or adhesive, and provides front-to-back or side-to-side leveling.

The Graduated RV Level is designed to take the guesswork out of RV leveling. 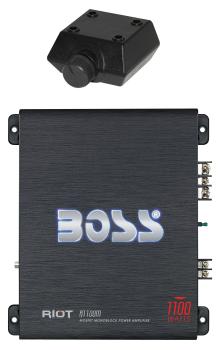 A class A/B amplifier uses two groups of transistors and it is generally considered to be the best compromise of the two classes put together. A pure class ‘A’ amplifier typically has an enormous amount of current flowing through its output transistors with no audio signal. A pure class ‘B’ amplifier has no current flowing through its outputs with no audio signal. This eliminates virtually all of the crossover distortion that’s possible with class ‘B’ amplifiers. A class A/B amplifier is much more efficient than a class ‘A’ but without the possible distortion of a class ‘B’.

Metal–Oxide–Semiconductor Field-Effect Transistor is a transistor used for amplifying or switching electronic signals. We use it in computers, telephones, game consoles, cars, electrical appliances, and in our amplifiers. They are found in systems where information is processed or stored. A MOSFET is basically an electrical switch that allows the flow of electrical current. The MOSFET performs its most important role in our D Class amplifiers by allowing or preventing the flow of power and creating an efficient amplifier.

What Comes In The Box?

You can get a signal into RIOT series amplifiers two different ways – Low level and High level input. A low level input is measured in voltages. It comes in the form of RCA outputs from the back of your receiver and goes to the RCA inputs on your amplifier. A high level input is measure in wattages. It comes in the form one positive and one negative wire from the back of your receiver to and goes to the input terminal of your amplifier in the same wire form. Low-level (RCA) input wiring is preferred for best audio performance. Always use a high-quality RCA cable for best audio performance. Note: Do not connect both the high level and low level inputs from your receiver to your amplifier at the same time.

With the R1100M amplifier you have Variable Bass Boost, which gives you control of exactly how much bass you want to pump out to your subwoofer(s).

Subwoofers reproduce sound based low range frequencies. This process is called the crossover effect and occurs because the vast majority of audio systems cannot cover the entire spectrum sufficiently to minimize sound distortion and maintain an appropriate frequency ratio. In the case of our R1100M amplifier, a variable crossover is offered so that you, the listener, have the ability to set the frequency at which the crossover occurs, thereby setting precise sound specifications on your subwoofer.