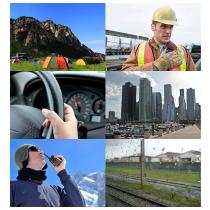 Meet your needs in various environment 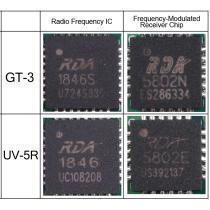 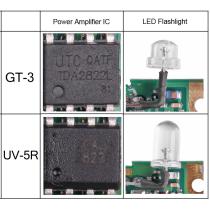 The One And Only GT-3 Mark II

The GT-3 Mark II was developed in collaboration with Baofeng and SainSonic. Utilizing the latest RDA1846S RF IC, the GT-3 Mark II excels in real-world performance with its enhanced anti-interference capabilities. In addition, GT-3 Mark II provides new noise-reduction features to block out noises caused by signal intensity changes along with tail tone elimination when transmitting or receiving signals between 50Hz with 55Hz. The newly designed black and orange frame is sure to turn heads while adding to the durability of the GT-3 Mark II.

The Advantages of GT-3 Mark II

SainSonic INF-641 Antenna enhances the GT-3 Mark II’s ability to transmit and receive signals, and allows you to get longer range on your handheld radio. While, under such a high-power operation of the radio, the antenna is not so hot as the other models of radios. We also equip a SainSonic AD-10 car charger, whether you travel by car, nothing to worry about battery life, this car charger is also compatible with a variety of models such as UV-5R/UV-82/GT-3/888s/GT-1 /BF-F8+/UV-B6 Dual Band Radio.

Compared with the TDA2822 Power Amplifier IC used in the Baofeng UV-5R Series, GT-3 Mark II applies an upgraded version of TDA2822L with lower crossover distortion & quiescent circuit current. The high lumens LED flashlight is a must for those late night adventures and emergencies.

Get More Detailed Information About This Product…